In Virginia, domestic violence is broadly defined to include any act of physical abuse between two members of the same household. Typically this will be an act between two family members, but it can also be between two residents of the same home who are not related. Most acts of domestic violence are assault and battery charges and are Class 1 misdemeanors. However, some acts such as sexual assault or assault with a deadly weapon are more serious and are classified as felonies.

Virginia is Known as a “No Drop” State 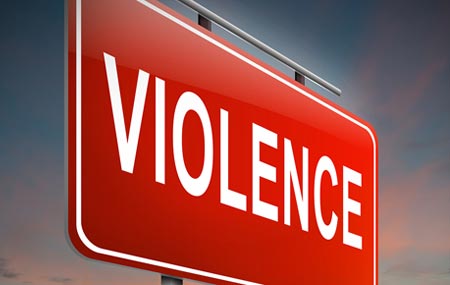 This means once an accusation of domestic violence has been made, neither the Commonwealth’s attorney nor the police can drop the charges even if the alleged victim decides he or she does not want to proceed with the charges. This is to protect the victim from being pressured by the accused to either drop the charges or to change the testimony that would be given.

All domestic abuse charges are originally heard in the Juvenile and Domestic Relations Court (or J&DR) of the city or county in which the incident occurred. If the charge is a misdemeanor, the J&DR judge has the authority to enter findings of guilt and to sentence the accused accordingly. If the charge is a felony, the J&DR judge only has the authority to hear evidence to determine if the evidence is sufficient for the individual to be held over for trial in Circuit Court. The Circuit Court of that jurisdiction will then hear the evidence and make its ruling on the evidence. Trials in Circuit Court may, at the election of the accused, be conducted as a jury trial.

For certain misdemeanor charges, an accused party may enter a guilty plea in exchange for a later finding which could ultimately result in a dismissal of the charges. The incident must be a first offense, meaning the accused had not been previously accused of this charge or any similar charges. The accused then acknowledges that if the facts were heard, the evidence would be sufficient for a finding of guilt. The accused is required to attend courses and counseling on anger management and domestic violence as monitored by state social services and he/she must remain on uniform good behavior for one year. The individual is ordered to appear again before the court once the year has passed. If the accused completes the course required by social services and remains on good behavior, the charges are dismissed.

Nationwide, one in every three women and one in every four men have been the victims of some form of domestic abuse. Physical or emotional abuse in a marriage or in a relationship carries with it criminal and domestic consequences for which the services of the Virginia domestic abuse attorneys at The Law Offices of John W. Lee P.C. of Hampton can be of assistance.

Domestic abuse is the commission or threatened commission of any acts of violence or the use of force against a member of the offender’s family or household causing the victim to suffer actual harm or be placed in fear of the infliction of harm or injury. Under this broad definition, emotional harm is as prohibited as is the infliction of physical injuries.

The intimate, personal nature of the relationship between members of a family is one of the primary reasons laws were enacted to protect victims from violence and abuse. The individuals who are protected as members of a family and household include the following:

Assault and battery, sexual assault and stalking someone in Virginia Beach, Chesapeake or elsewhere within Virginia are examples of the types of conduct for which a person can be arrested and face domestic violence charges and need the services of an attorney to defend them. If police have probable cause to believe the victim is a member of any of the categories of household members protected under the law, they are authorized by law to make an arrest without the necessity of first securing an arrest warrant from a court.

Because domestic abuse can involve conduct causing emotional harm or threats of physical harm, bruises and other overt evidence of injury are not required for an arrest or for the filing of criminal charges. This can lead to arrests which might not have been made were it not for the relationship of the parties to each other. For instance, police in Newport News responding to a neighbor’s call about a loud argument at a nearby home could end up making an arrest based upon the mere allegation, unsupported by physical evidence, of wrongdoing by one spouse against the other making representation by seasoned Hampton Roads domestic abuse lawyers essential.

Judges issuing a protective order based upon the evidence presented at a hearing may impose conditions and place restraints on the individual against whom the accusations of domestic abuse were made. Among the provisions judges may include in a protective order are the following:

State and federal laws prohibit Individuals subject to a protective order from possessing any firearm.

Courts must decide custody disputes using the “best interest of the child” standard to guide them. A history of domestic abuse in the home is a factor the court may take into consideration if asked to award custody to the person accused of committing abuse. If the victims of abuse are children, courts have the power to refuse to award custody to an abusive parent and to require supervision by a third party during visitation between the parent and the children.

When domestic abuse occurs in military families in Newport News, Virginia Beach or other communities within the commonwealth, the rules and procedures of the military justice system or the Family Advocacy Program may apply depending upon the circumstances of each case. The FAP offers investigation, intervention and treatment when domestic abuse is reported. A member of the military identified as an abuser can be dishonorably discharged or be subject to other adverse action under FAP or through charges brought under the Uniform Code of Military Justice.

Getting the Legal Help From a Family Law Attorney

The Hampton Roads domestic abuse lawyers at The Law Offices of John W. Lee P.C. have more than 70 years of combined experience assisting clients in Virginia Beach and throughout the commonwealth with all types of divorce and family law matters. Contact us today at (757) 896-0868 to schedule a free and confidential initial consultation with a lawyer.