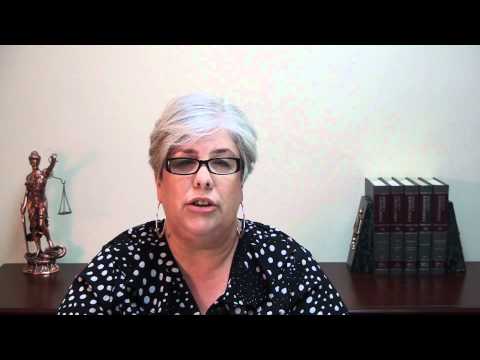 A dispute over custody or visitation can arise unexpectedly and without warning. It is essential for parents to understand their rights and obligations. The best source of legal advice, insightful guidance and dedicated representation are the Virginia child custody attorneys at The Law Offices of John W. Lee, P.C. The time a child spends with its parents is precious and should not be given away or allowed to be taken without a fight. The first step a Hampton Roads parent should take is to learn about the child custody laws and procedures.

Principles Upon Which Courts Base Child Custody Decisions

In Hampton and throughout commonwealth, courts considering the issue of custody recognize the right and responsibility of both parents to participate in decisions and activities that go into raising a child. This is true regardless of the marital status of the parents. Parents who were never in a romantic relationship with each other should be afforded the opportunity, to have a role in the raising of their child.

The second principle Hampton Roads lawyers must take into consideration when representing a client in a custody dispute is the emphasis courts place on creating custody and visitation arrangements based upon the best interest of the child. The wishes and interests of either of the parents are outweighed by the emphasis the law places on creation of a custody arrangement focusing on what is best for the child.

Therefore, in order to determine what is best for the child, the court may (and typically will) appoint an attorney to represent the child throughout the court proceedings. This attorney, the guardian ad litem or GAL, may take any number of steps to help bring the court the facts needed to determine what is in the child’s best interest. The GAL may interview the parents and/or the child, visit each parent’s home, review medical and/or educational records. The GAL may file a report with the court to notify the court of any findings. The GAL is also present in court and may call any witnesses he or she thinks will be relevant. The GAL will even make closing arguments advocating for a position he or she thinks is best for the child. The fees for the GAL are split between the parents based upon their respective abilities to pay and in some cases the fees are completely paid by the state.

In cases where there is abuse or neglect by one of the parents, the court may severely limit the visitation by a non-custodial parent. This may be in the form of very short visitation timeframes or visitation supervised by either the custodial parent or a third party. These are rare circumstances and the action is taken only when the court believes extended unsupervised visitation poses a threat to the child’s safety and well-being. Additionally, if the court finds both parents have either abused or neglected the child, the court may grant custody to another party, such as an extended family member or foster care, to ensure the safety and well-being of the child.

Whether a custody order incorporates the terms of an agreement negotiated by the parties or is the result of a contested court proceeding, it must comply with the two legal principles. When possible, custody orders should allow each parent to have parenting time with the child and be given the opportunity to participate in the decision-making process pertaining to the following matters in a child's life:

Many people believe that Courts favor the mother in custody disputes. However, Section 20-124.2 of the Virginia Code specifically prohibits courts from relying upon any presumption or inference favoring either parent.

Factors in Determining the Best Interest of a Child

Judges are provided with a list of factors to weigh and examine in reaching a conclusion as to the custody arrangement that is in the best interest of a child. Included among those factors are the following:

Factors in Determining the Best Interest of a Child (cont.)

Judges may consider other factors in making their decision. For example, a history of sexual abuse or family abuse is a factor courts consider when deciding custody and visitation.

Maintaining the relationship between a child and each parent is accomplished through one of the following three custody arrangements:

The parties in a custody dispute are in the best position to know which type of custody arrangement would work for them, so a written settlement agreement negotiated with the assistance of a lawyer is preferable to a contested hearing resulting in a court order.

Virginia does not have a standard schedule of visitation for a parent with whom a child is not residing. Judges try to provide a parent with as much contact with a child as possible in order to maintain the parent-child relationship, and they are guided, as they are in making a decision about custody, by what is in the best interest of the child. There are, however, some common elements found in most of visitation plans, including the following:

Section 20-124.2(B) of the Code of Virginia acknowledges the "primacy" of the relationship between a parent and a child in custody and visitation proceedings, but it does not preclude courts from awarding visitation or custody to third parties having legitimate interests if doing so would be in the best interest of the child. This provision in the law might benefit grandparents wishing to maintain their relationship with their grandchildren in the wake a divorce or breakup by the parents.

Get Trusted Advice and Guidance From an Experienced Attorney

The Hampton Roads child custody lawyers at The Law Offices of John W. Lee, P.C., believe it is better for parents to reach an agreement on their own and not leave the all-important decision about custody and visitation to a judge. Judges try to do what is best for children, but parents usually know what works best for them and their families.

We have four Hampton Roads locations in Virginia Beach, Hampton, Chesapeake and Newport News serving the surrounding cities and counties of Poquoson, Yorktown, Williamsburg, Norfolk, Portsmouth, and Suffolk, as well as York, James City and Gloucester Counties. Find out more about what we can do to help you by calling us today at (757) 896-0868 to schedule a free and confidential initial consultation with a lawyer from our office.