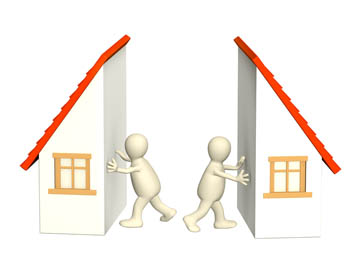 When married couples decide to go their separate ways and file for a divorce, the assets accumulated during their marriage must be divided. The Hampton Roads equitable distribution lawyers at The Law Offices of John W. Lee, P.C., know a negotiated property settlement agreement can be preferable to litigation in which a judge must decide how divorce assets are to be distributed. Virginia Beach couples electing to settle property issues between them through negotiation have more control over their financial future than they would by submitting the dispute to a judge.

When parties cannot agree on how their property should be divided in a divorce, a court will make a decision under Virginia equitable distribution laws. The first thing to keep in mind is that equitable distribution does not necessarily result in an equal division of property. Courts must first classify assets and debts as marital property, separate property or hybrid property, meaning it combines elements of marital and separate.

Once classified, a value for each of the assets and debts in the marital classification must be determined through appraisals or some other process. Finally, the court applies factors contained in Section 20-107.3 of the Code of Virginia to equitably divide those assets.

The law defines separate property as those assets a spouse acquired prior to the marriage. As such, it is retained by the owner and not divided as part of the divorce assets. Separate property may also include an inheritance or a gift from someone outside of the marriage given to only one spouse. For example, if a husband receives a watch as a gift from his mother on his birthday, it would be classified as his separate property, but if the watch was a gift from his wife, it would probably be treated as marital property depending upon the source of the funds used by the wife to purchase it.

Under the equitable distribution law, marital property is made up of assets acquired during the marriage and property that is jointly-owned. It does not include assets classified as separate property. Marital assets might include the following:

Marital property is subject to being valued and divided between the parties in a divorce. Valuation of marital property and marital debts is usually as of the date of the trial except for pension and retirement accounts. The contributions to retirement plans from the date the parties were married until the date of their separation are used as the value of the marital asset for equitable distribution purposes. For instance, if one spouse worked at a job where contributions were made to a retirement plan for 10 years before the parties were married and for a year after they separated, the 11 years of contributions would probably be classified as separate property.

When placing a value on a debt from the marriage, courts use the amount as of the date the parties separated as its value. For instance, if one spouse amasses additional credit card debt following the couple’s separation, a court would only take into account those charges occurring prior to it.

However, a debt incurred after separation might be classified as marital if it was related to the marriage. An example would be a spouse using his or her credit card to pay for a repair on the marital home after the parties separated.

Typical methods for placing a value on other marital assets include the following:

A party to a divorce can frequently help his or her attorney to establish the value of assets by gathering copies of such documents as jewelry appraisals that might have been done for insurance purposes.

Divorce cases in Newport News, Chesapeake and other parts of Virginia can present a lawyer with the task of having to deal with an asset that defies classification as either marital or separate. Some assets are considered to be hybrids because parts of them might fit into both classifications. Examples of hybrid assets include the following:

Contributions by a spouse that could create cause something to become hybrid property include money, physical labor and other activities of a physical or intellectual nature enhancing the value of an asset. Hampton Roads equitable distribution lawyers are the best source for legal advice and guidance when questions and concerns arise about property classification and property division in a divorce.

Factors Courts Must Consider When Dividing Divorce Assets and Debts

Judges are given a list of factors to guide them in the division of marital assets and debts in a particular case. Included among the factors are the following:

Courts use these and other factors to achieve a property division that is equitable under the circumstances. For instance, if a spouse was the sole source of support for the family to allow the other spouse to pursue his or her education and become a physician, the court might take the working spouse’s contribution into consideration in its division of marital property.

The Virginia equitable distribution attorneys at The Law Offices of John W. Lee, P.C., have more than 70 years of combined experience assisting clients in Virginia Beach and throughout the commonwealth with all types of divorce and family law matters. We have four Hampton Roads locations in Virginia Beach, Hampton, Chesapeake and Newport News serving the surrounding cities and counties of Poquoson, Yorktown, Williamsburg, Norfolk, Portsmouth, and Suffolk, as well as York, James City and Gloucester Counties. Contact us today at (757) 896-0868 to schedule a free and confidential initial consultation.