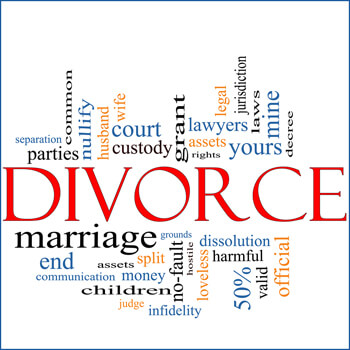 Divorce is never an easy process for a married couple and their children. Child custody, child and spousal support, custody and visitation, and the division of property owned by the couple are some of the issues that must be resolved. A contested divorce is when couples cannot come to an agreement on all of issues and must go before a court to resolve them. This is when the contested divorce lawyers at The Law Offices of John W. Lee, P.C., can be of assistance.

Before a court can hear a contested divorce case, it must have jurisdiction as required by law. In Virginia, the law requires at least one of the parties in a divorce to be a resident and domiciliary of the commonwealth for at least six months prior to the commencement of the court action. Members of the military stationed at Norfolk Naval Station, Langley AFB, Fort Eustis, Fort Story, Oceana, Little Creek Amphibious Base, and other military locations in the commonwealth satisfy the residency requirement by having been stationed there for at least six months.

Grounds a Couple Should Know Before Filing for a Contested Divorce

A court order, also known as a Final Decree of Divorce, is required to terminate the bonds of matrimony under the laws of Virginia.  A contested divorce can only be granted by a judge if there are legal grounds for doing so. In Virginia, some of the legal grounds for divorce include:

Grounds a Couple Should Know Before Filing for a Contested Divorce (cont.)

The Contested Divorce Process in Virginia

After a client retains the services of the divorce lawyers at The Law Offices of John W. Lee, P.C., one of the first things our attorney might do is prepare a complaint showing the basis for the court having jurisdiction, such as one of the parties residing in Newport News, and the grounds upon which the request for a divorce is predicated. A complaint for divorce will contain the moving parties demand for relief:

After the divorce complaint is filed with the court, it must be served on the opposing spouse who has an opportunity to submit an answer in response.

A contested divorce can take several months or longer before it goes to trial or is settled. During the time between commencement of the case and its conclusion, a party’s divorce lawyers can request temporary support, temporary custody and other relief through applications to the court for pendent lite relief.

The Virginia divorce attorneys at The Law Offices of John W. Lee, P.C., have more than 70 years of combined experience they use to achieve outstanding results for their clients. We have four Hampton Roads locations in Virginia Beach, Hampton, Chesapeake and Newport News serving the surrounding cities and counties of Poquoson, Yorktown, Williamsburg, Norfolk, Portsmouth, and Suffolk, as well as York, James City and Gloucester Counties. Call today at 757-896-0868 to schedule an appointment.