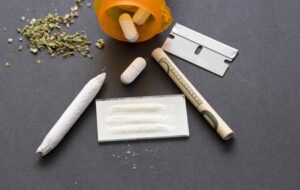 Media reports about changes to the drug laws in other jurisdictions, particularly those pertaining to the possession of marijuana, could create confusion about Virginia marijuana laws and drug possession laws in general. The criminal defense lawyers at The Law Offices of John W. Lee, P.C., believe it is important for people to know that possession of drugs, including marijuana, is a crime subjecting convicted offenders in Hampton Roads and other commonwealth communities to harsh and severe penalties.The Controlled Substances Act of 1970 is the starting point to understating drug laws in Virginia and the USA.  It includes five schedules of controlled substances. The schedule in which a substance is listed depends on the following:

Legislators in Virginia adopted drug schedules similar to those in the federal law, but they included a sixth schedule, Virginia schedule VI drug offenses, when they enacted the drug laws. The seriousness of the drug offenses and the penalties associated with them depends upon the schedule in which they are listed and the quantity found on a person at the time of arrest.

The six drug schedules in the commonwealth are the following:

Marijuana is included on the list of Virginia schedule I drug offenses, but possession of it is treated under its own section of the law.

The primary categories of drug offenses in Hampton and elsewhere throughout the commonwealth are the following:

Possession with intent to distribute or to sell does not, necessarily, have to involve the exchange of a controlled substance for money. Bartering, gifting and other transactions can be prosecuted as sales and distribution of drugs under commonwealth law.

Manufacturing or production of controlled substances has become more widespread with the popularity of drugs produced through chemical synthesis. Virginia synthetic marijuana and Virginia spice laws are examples of laws targeting the use of chemicals to produce or alter other substances to create something that is illegal.

The penalties imposed for conviction of a drug offense depends upon the amount of drugs, the schedule in which the drugs are listed and whether the person is charged with possessing, distributing or selling, or manufacturing. For example, the following are some of the penalties for possession of substances found on the different schedules:

Penalties for possession with intent to sell a drug in schedule I or II is a felony that could result in a prison sentence of up to 40 years. Fines up to $500,000 could also be imposed.

Searches by police accompany most arrests for violating the drug laws. Evidence seized becomes the basis for prosecution of the offender. An attorney defending someone charged with drug possession or other drug crime frequently looks for ways to challenge the search conducted by police.

An crucial factor in the ability of police to conduct lawful searches is the existence of probable cause to believe evidence of a crime will be found in the place or on the person being searched. A Virginia vehicle search could begin with a car being stopped for a traffic violation and the police officer detecting the smell of marijuana coming from inside the vehicle as he or she approaches it. The smell could be enough to create probable cause for a search of the vehicle.

Whether someone is charged with a violation of Virginia marijuana laws or the more serious charge of possession with intent to distribute, the penalties associated with a conviction require representation by criminal defense attorneys who know the laws and have the experience to handle these difficult cases. The Hampton Roads attorneys at The Law Offices of John W. Lee, P.C., have more than 70 years of combined legal experience. Find out more about what they can do by calling (757) 896-0868 to schedule a free and confidential initial consultation.