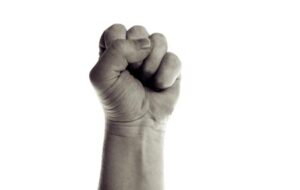 Individuals facing charges under the Virginia assault and battery laws might be confused about the terminology. Punching someone in many states is an assault, but in the commonwealth, the offender would be charged with the crime of battery. The Hampton Roads attorneys at The Law Offices of John W. Lee, P.C., want people to understand the laws and the profound consequences assault, battery and related offenses can have on their lives if they are charged and convicted.

What Is Assault in Newport News or Elsewhere in the Commonwealth?

Running up to someone while shouting and waving a fist at them is an example of assault in Virginia. Assault can be the result of a physical act intended to cause the victim physical harm. The act of waving a fist in someone’s face during an argument could be perceived by victims as intending to punch or strike them.

Assault can also involve threats causing fear of harm on the part of a victim. For example, threats shouted at another person while holding what the victim believes to be a weapon is an assault if it places the victim in fear of being injured. The key element in an assault prosecution is the lack of actual physical contact and the presence of fear of imminent harm.

Threats by Phone and Other Electronic Methods

People should think twice before hitting the “send” button if they are sending threats in writing or by phone to another person in Hampton Roads, Hampton, Newport News or Chesapeake. Sending threats by email or other methods could violate the Virginia Code. Threats to kill or cause harm to another person are felonies punishable by hefty fines and up to five years in prison. The prison sentence can increase to 10 years if the threats in writing or by other electronic methods refer to them occurring at a school.

As a rule, threats by phone or threats by email must clearly intend physical harm and place the person reading or hearing them to reasonably believe violence will occur. The best way to avoid a charge of making threats is for people to be careful about the language they use when communicating with others.

What Is Battery, and How Does It Differ from an Assault?

Physical contact committed without the consent of the victim is battery in Chesapeake and other communities within Virginia. Included among the acts constituting the crime of battery are the following:

Battery involves physical contact and not merely the threat of harm as in cases of assault. A battery might be committed using a weapon or other object. Guns, knives and bats are objects commonly associated with attacks on other people, but they are not the only things a person could use to commit the crime. For example, if a person intentionally allows a dog to attack someone, police could charge the dog’s owner with the crime of battery. Threatening to have a dog attack another person would be an assault.

Determining what is battery or what is assault is not always as simple as it might appear. Intent is a key element in both crimes. Bumping into someone on a crowded street is probably not an assault and battery if the person committing the act did not intend to do so, but if the contact followed a heated argument between the parties, police could believe it was an intentional act.

Defense to Virginia Assault and Battery

Many assault and battery cases arise from arguments or altercations. Someone placed in fear of imminent bodily harm is justified in responding with such force as is reasonably necessary to protect or defend against the attack. However, self-defense cannot be used to justify retaliation once the imminent threat is gone. For example, if someone points a gun at another person during an argument, the threatened person would be justified in defending against the imminent danger. However, if the attacker dropped the gun and the other person takes control of it, shooting the person who initiated the attack could be viewed as battery committed in retaliation and not as self-defense.

Cases involving domestic assault and battery in Hampton, Virginia Beach and elsewhere throughout the commonwealth are heard in Juvenile and Domestic Relations (JDR) Courts. The courts are authorized to issue emergency protective orders when appropriate to prevent further harm to victims while cases are pending.

The criminal defense attorneys at The Law Offices of John W. Lee, P.C., have been successful in cases of domestic assault and battery in obtaining deferred disposition for individuals facing such charges for the first time. Under a deferred disposition, the individual is placed on probation for up to two years. If the person fulfills the terms and conditions of probation, the charges are dismissed.

Parents fearing domestic assault charges for disciplining their children should be aware that spanking a child may result in assault charges depending on the circumstances. Decisions from Virginia courts dealing with the issue of parents charged with spanking a child have taken the child’s age, size and conduct into consideration in determining if the parent used the proper degree of moderation. A parent charged with domestic assault and battery in connection to disciplining a child should contact an attorney immediately for assistance.

Penalties for Virginia Assault and Battery

As a rule, simple assault and battery and simple assault are misdemeanors punishable by fines up to $2,500 and up to 12 months in jail, but they increase in severity under the Virginia hate crimes statute if the victim is singled out because of any of the following:

If the Assault and Battery is classified as a hate crime, then there could be enhanced punishments.

The assault and battery laws take special aim at individuals who attack police and law enforcement officers. Assault on a police officer is a felony punishable by a mandatory jail sentence of at six months, but a court can incarcerate the offender for up to five years.

Being charged with Assault and Battery or a similar crime could lead to incarceration, loss of certain rights or loss of job. These and other serious violations of the law, such as the Virginia assault on police officer statute, could result in a person going to prison.

The Hampton Roads attorneys at The Law Offices of John W. Lee, P.C., have more than 70 years of combined legal experience. Find out more about what they can do by calling (757) 896-0868 to schedule a free and confidential initial consultation.