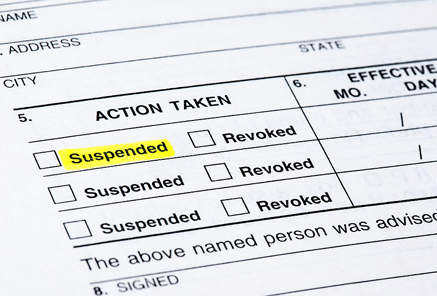 Prior to July 1, 2019 if you failed to pay your Virginia court fines then your driver’s license was suspended. The purpose of this draconian law was to coerce people to pay their court fines by threatening their livelihood. Essentially, failure to pay court fines took away your ability to travel back and forth to work, school, and grocery store. Many of Virginia’s poorest citizens were disproportionality harmed by this outrageous law. Obviously, a person of even modest means would not jeopardize his livelihood by not paying a court fine; so, he would go ahead and pay the fine. But the least financially secure Virginians would have to choose between groceries for their children or to pay a fine to the State.

Prior to the Virginia Assembly repealing the law, Virginia Code section 46.2-395 Suspension of license for failure or refusal to pay fines or costs, read, in part:

Senate Bill 711 of the 2020 session became law on April 9, 2020 and as of July 1, 2020, the Virginia Code no longer required a minimum mandatory sentence of 10-days for a third or subsequent offense of driving on a suspended license. However, driving on a suspended license is still a Class 1 Misdemeanor for which a court could sentence an offender up to one year in jail and a $2,500.00 fine. While it is still a serious offense, now the court has the option of sentencing the defendant to less than ten days.

Prior to this law being repealed, what typically happened was that a person with very little means would get a simple speeding ticket and then not pay the hundred-dollar fine causing their license to be suspended. Then they would drive on the suspended license to go to work. The police would then issue them a summons for driving on a suspended license which could lead to jail time. Maybe the first time they were caught the court would not impose jail time, but after a few times of driving on a suspended license, they would end up serving some time in jail, possibly causing them to lose their job. While this law created a lot of work for police, courts, and lawyers, it tragically caused unnecessary hardship for Virginia’s most vulnerable citizens.

While I have been a critic of much of what our state legislature does over the years, I must give them credit for getting it right this time. Keep in mind you can still have your Virginia driver’s license suspended or revoked for any number of things, and if it is, then it is still a crime to drive on a suspended license. Also, even though they will not suspend your driver’s license for unpaid court fines, you are still required to pay your Virginia court fines and costs. If your license was suspended in Virginia for unpaid court fines you may go to DMV to have it reinstated without having to pay a fee.