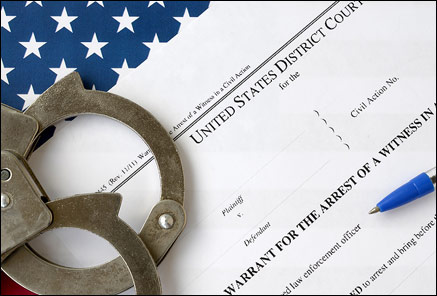 A no-knock warrant is when the police enter a residence or structure without first announcing their presence. Typically, when the police approach a home they will knock and give the homeowner a heads up that they are about to enter. This alerts the homeowner to the fact that it is police entering the home and not a criminal for which they may need to defend themselves. But, with a no-knock warrant the police do not announce their presence prior to entering. In many cases this will catch the homeowner off guard and he or she may attempt to defend himself and his home from the intruder.

No-knock warrants gained popularity in the early 1960s when police were searching houses for drugs, primarily marijuana. The police discovered that if they announced their presence before entering, then the criminal would have time to flush the drugs or other contraband down the toilet.

The Virginia Supreme Court, in the decision of Johnson v. Commonwealth, 213 Va 102, 189 SE 2nd 678 (1972) decided that no-knock warrants were lawful in Virginia when exigencies were present. So, since at least 1972, police in Virginia have been able to enter your home without first announcing their presence if they believed the situation warranted.

Typically, if the police believe that warning a suspect would give him time to hide or destroy evidence then a no-knock warrant was used. Also, if the police believed the person was armed and announcing their presence would only give him a chance to grab his gun and “take cover” before the officers entered, then they would use the no-knock warrant.

Not only does this new law eliminate the well-established practice of no-knock warrants, but it also seems to eliminate the practice of “sneak-and-peek” warrants in Virginia. The “sneak-and-peek” warrant is where the police enter a home, when the homeowner is not present, without ever telling the homeowner he was searched. Sometimes the police would confiscate contraband during the “sneak and peek” search and not tell the homeowner that they took his drugs. When the homeowner got back and discovered his drugs missing, without having any knowledge that it was the police that took them, he would blame his rival drug dealer, leading to tragic consequences.

Police officers are very concerned that the banning of no-knock warrants will make their jobs more difficult and far more dangerous. They believe by announcing their presence prior to entry, a violent criminal will have time to arm himself and take a defensive position within the home, putting the officer’s life at even more risk.