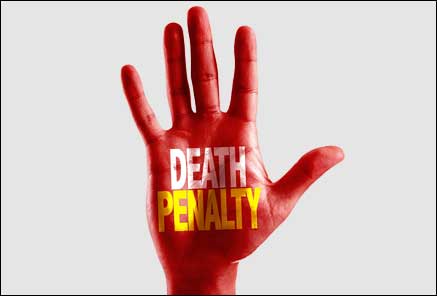 For all recorded human history societies have employed the death penalty to seek justice and punish the wicked. More than two millennia ago Plato and Aristotle wrote about capital punishment. In the mid to late 1800s a few U.S. States began to limit or abolish the death penalty. Many states would abolish it, only to reinstate it a few years later. It wasn’t until the mid-1900s before more than a handful of states had limited or abolished the death penalty.

In 1972 the United States Supreme Court (Furman v. Georgia) essentially ruled that the death penalty, as applied by most states, was unconstitutional. Executions stopped for several years until the Supreme Court decided in Gregg v. Georgia executions could resume so long as the State could show that the death penalty was not being applied in an arbitrary manner.  Since then, the United States Supreme Court has ruled that it is unconstitutional to execute a mentally disabled person. The high court has ruled it is unconstitutional to execute a person for a crime they committed while they were a minor.

The Supreme Court has also ruled that it is unconstitutional to execute a person for raping an adult or child. It is unlikely that the Supreme Court would uphold the death penalty for any crime that does not include the death of the victim. While there are still laws on the books that call for capital punishment for crimes that do not include murder, no one has been executed in the U.S. for a non-murder related crime since the 1960s.  Keep in mind that a felony-murder conviction does not require the defendant to directly kill the victim; he can be convicted of murder if he was an accomplice to the crime that led to the death of another. It is unclear how the modern Supreme Court would rule on the constitutionality of execution as a punishment for treason or espionage.

There has been a steep decline in the number of criminals sentenced to death and executed since the 1990s. Executions peaked at 98 in 1999 but were down to 17 in 2020. Death sentences peaked in the 1990s at 330 but were down to 31 in 2019. The federal government did not execute anyone for the 17 years preceding 2020. Now, in 2021, the federal government has paused executions once again, pending a review of their procedures.

On average, 46 people are executed per year in the USA. In 2019 there were 16,425 reported homicides that were not due to negligent behavior. So, on any given year, a person that commits a murder has roughly a 0.28% chance of being executed, or less than a 1% chance to be executed.

Most executions since 1976 have been carried out in the southern states. African American men represent roughly 41% of those sentenced to death, while they only make up about 13% of the overall population.

Virginia saw its first execution in 1608 and has executed over 1,300 people since then. Until recently, Virginia, along with Texas, has consistently been among the states that executed the most criminal defendants. On March 24, 2021, Governor Ralph Northam signed House Bill 2263 into law, abolishing the death penalty. That law went into effect on July 1, 2021. Virginia is the first southern state to pass legislation that completely abolishes the death penalty.

Twenty-three states, including Virginia, have abolished capital punishment. Since 1976, almost 1,600 people have been executed in the USA. Since that time, 185 people that had been convicted and sentenced to death have been exonerated of their crimes. Most of these exonerations were a result of false testimony and/or police misconduct coming to the court’s attention. It stands to reason that if there are 185 confirmed cases where an innocent defendant was placed on death row, that there are 10 times that number that were never discovered.

The population is evenly split on whether we should have a death penalty. Most polled respondents agree that the death penalty is appropriate in some murder cases but that there is a risk that an innocent person will be convicted. Many people are concerned that minorities are disproportionately sentenced to death when compared to a white person that committed the same crime. Death penalty cases are very expensive and sometimes it takes decades for a defendant to exhaust all his appeals.  Nationally, there is still no consistency in how the death penalty is applied. For example, a person that commits a particularly heinous crime will NOT be executed if he is in a state that has abolished the death penalty, while a person that commits a comparatively less egregious crime will be executed in a southern state that has not abolished capital punishment.  On the other hand, proponents of the death penalty argue that it is a deterrent to crime; and that it’s the only way for the victim’s family to experience closure or feel like justice has been achieved.

Personally, while I strongly believe that the death penalty is justified in most first-degree murder cases, I acknowledge that the government too often makes mistakes. In the case where the government doesn’t deliver the mail in a timely manner or improperly denies your disability claim, there is opportunity to go back and fix it. However, when the government gets it wrong in a death penalty case, the stakes are much higher. Oftentimes a prosecutor can do everything right, but if a key witness chooses to perjury himself before the jury, then it is easy to convict the wrong guy. Too many convictions rely solely on the testimony of a career criminal and proven liar who was compensated in the form of a plea deal by the government for his or her damning testimony.  Nationally, there is less than a one percent chance you will receive the death penalty if you murder someone, I can’t believe that is much of a deterrent.  The 185 men exonerated after being placed on death row are enough for me to concede that abolishing the death penalty may not be a terrible idea.