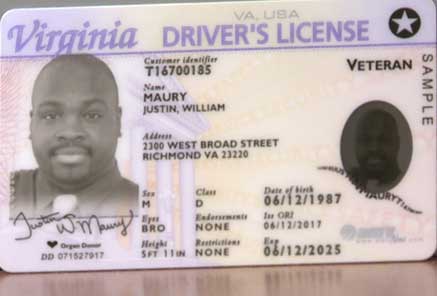 Virginians should obtain a REAL ID from their local DMV on or before October 1, 2021 if they wish to continue using their driver’s license for identification purposes to fly on a commercial airline, enter a military facility, enter a nuclear facility, or to enter a secure federal building. You will not need a REAL ID to enter a federal building that does not require identification, like a post office or museum. The REAL ID is optional, you are not required to get one.

The REAL ID ACT of 2005 was very contested by States, many States refused to cooperate and establish standards and procedures for issuing the REAL IDs to their citizens. There were at least nine States that flat out refused to comply. The original ACT called for full compliance by May 11, 2008. However, that date was pushed back numerous times. The date for mandatory compliance was extended to 2014, then 2017, then 2020, and now, once again it has been extended to October 1, 2021. Many states, including Virginia, were skeptical of  the Act due to its cost, in part, but also due to concerns over its citizen’s privacy. The government estimated that it would cost nearly 4 billion dollars for the states to comply.

“…neither the Governor nor the Department of Motor Vehicles . . . shall comply with any provision of the REAL ID Act of 2005 that they determine would compromise the economic privacy, biometric data, or biometric samples of any resident of the Commonwealth.”

Now, more than 15 years after the Act was passed, many states have finally positioned themselves to be able to issue driver’s license that are REAL ID-compliant.

Therefore, it is unlikely that the federal government will continue to issue many more extensions. Therefore, if you wish to use your Virginia driver’s license to fly on a plane, enter a military facility, or other secured federal facility, you need to go to DMV to have your REAL ID issued to you.

How do you get a REAL ID? The first thing you need to do is make an appointment with your local DMV, unless they will take walk-ins. You must go to the DMV in person, you may not get a REAL ID via the DMV website. Then you need to gather the needed documents. You will need to take several different forms of identification with you to the DMV. You can go to the Virginia DMVs website for a full list of documents that you may show them.

However, here are a few of the documents that you could bring to prove your identity: (1) unexpired passport or U.S. birth certificate, (3) social security card or W2 form showing full social security number, (3) valid Virginia driver’s license or recent utility bill or mortgage statement. Once you show the DMV the required documents then they will issue you a driver’s license with a star on it, signifying that it is REAL ID compliant.

If you choose to not get a REAL ID, then you will still be able to use your regular driver’s license to drive, vote, verify identity at banks and retail stores, and apply for federal benefits. If you choose not to get a REAL ID, or you live in a State that refuses to participate in the REAL ID, then you would most likely still be able to access commercial flights and secure federal buildings with an unexpired U.S. passport. I intend to get a REAL ID-complaint driver’s license because it will be much more convenient to carry around in my wallet than a passport.

Many citizens will be caught off guard by this law because they will feel like they do not need a REAL ID, until it is too late. For example, if you do not have a REAL ID or a U.S. passport, then you will not be able to enter secure federal buildings or fly on planes. You may think that does not matter because you never use those facilities.

However, if you are charged with a crime or summonsed for jury duty, you may need to enter a federal building. Also, if there is some emergency that calls you away on short notice you may not be able to get on a plane. Obtaining a passport or REAL ID will take time, perhaps months, time you may not have. When I scheduled my appointment with the DMV to get my REAL ID, they scheduled it for three months out.