The Financial Guru Series – Part 5: A Bankruptcy Lawyer Answers the Question: Should I Pay Off My House? 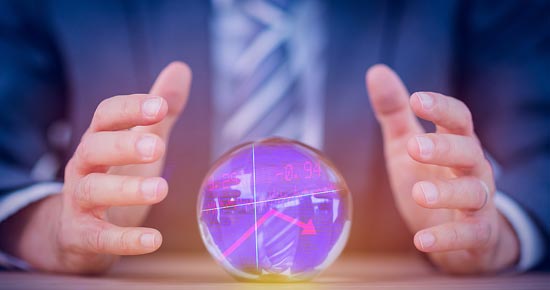 Should I pay extra on my house each month, sometimes referred to as power paying, to get it paid off more quickly, or should I invest the extra money? There is confusion on this point because some financial Gurus say you should pay off your house as soon as possible, while others say you should invest rather than pay extra on your mortgage. Typically, not always, investing your “extra mortgage payment” in the stock market will generate more money for you than you would have saved by paying off your house early.

In reality, sometimes the right thing to do is pay off your house and sometimes the right thing to do is to invest the money. Because both Gurus are speaking to national audiences they really can’t dive down deep into the details and nuisance.  If you are a disciplined investor, sophisticated businessman, or have a very stable source of income, then paying off your house may not be the best option. If you are not a disciplined investor and do not have a stable source of income, meaning there is a decent chance you could be laid off or go periods with reduced income, then paying off your house early and being debt free may be the better plan.

Let’s look at our hypothetical ‘disciplined investor’ first, let’s call him David. David has a steady job and is unlikely to be laid off or go long periods without work. He has a substantial emergency fund and is unlikely to miss a mortgage payment. He also is very budget conscious and is unlikely to spend his money on something other than investments. In this example, David should not put an extra $500 a month on his mortgage to pay it off quickly. David should take that extra $500 per month and invest it where it will likely make him substantially more than whatever interest he would have saved by paying off his house early. By paying his house off early he would have saved tens of thousands of dollars in mortgage interest payments. But, by investing the money he likely would have made far more.

Now, we will turn to our other hypothetical homeowner, let’s call him Mark. Mark has a job and can afford his mortgage, but he is in a field where he will likely be laid off or go for stretches of time with reduced income. Also, Mark, while being a great guy, is not as disciplined as David when it comes to budgeting and investing. Mark is faced with the same question, pay an extra $500 on his mortgage, or invest it. Mark knows himself; he knows that despite how much sense it makes to put the money into investments, he will always find something else to spend it on. So, being true to himself, he chooses to pay extra on his mortgage each month, opting to pay off his house 12- 15 years early. Mark still saves tens of thousands by not paying all that extra interest to the mortgage company. After paying off his house early he can invest as much money as he wants because now, he doesn’t have a mortgage payment. However, David has significantly more money invested than Mark because he started investing 12-15 years earlier than Mark.

The reason David has so much more than Mark, perhaps hundreds of thousands more, is because the stock market almost always generates a significantly greater return than whatever interest rate you are paying on your mortgage. Mark could have saved a 3 or 4 percent in mortgage interest payments by paying off his house early; but, during that same 12-15 years, David could have made a 10% return on is stock market investment. Obviously, timing is everything, the stock market goes up and down, so depending on when you start and when you retire could cause the return on your investment to vary. As mortgage rates are rising you have to adjust your analysis. If your mortgage interest rate is greater than 6%, then power paying the mortgage may be a more attractive option.

Did Mark screw up by paying off his house? I say no, he made the right choice for him. I would have advised him to not power pay the mortgage until after he had a significant emergency fund in case his income was reduced.  But now Mark can be stress free in his career, knowing that if he takes a pay cut, he won’t lose his house. Some people prefer to not have a mortgage looming over their head, particularly when their income fluctuates, perhaps due to seasonal employment or commission sales.  One of the main reasons people get into financial trouble is that they have a huge mortgage payment and then take an unexpected pay cut.

By having a paid off house, you may be able to avoid serious financial problems when your income fluctuates. Paying extra on your house is not really an “investment move,” it’s more like a forced savings account; it doesn’t pay dividends, but for some people it can lead to significant peace of mind. Once your house is paid off you may have substantial disposable income to invest.

But the story of Mark and David could have ended differently. While David had substantial job security and was a disciplined investor, he could not eliminate all possible risks. Had David suffered some unforeseen medical crisis putting him out of work for years, his secure financial position could have eroded. He could have lost so much money through totally unforeseen circumstances that he could no longer make his house payment and ended up defaulting on his debt. It is impossible to eliminate all risk, but if you are going to use debt as a tool you need to be realistic about how much risk you are assuming in relationship to how much your potential gains could be.

There could be other reasons you want to pay off your house. If you are regularly exposed to liability and lawsuits having a paid off house may be a way to protect assets from creditors. Generally speaking, a 401K is protected from creditor collections and perhaps the best way to stash money away in a safe place. In most states an IRA is exempt from creditor collections. In Virginia, the proceeds and stored value in a life insurance or annuity product is mostly exempt from creditor collections.  But, if you are still looking to stash money in a place that is difficult for creditors to access, your paid off home just might be the place. In Virginia, if you are married, and your house is titled Tenants by the Entirety, then your house may be completely exempt from collection tactics. For this to work, the debts would need to be only in one spouse’s name. If both spouses are obligated on the debt, then the creditor can still place a lien on the jointly owned property. Other than Tenants by the Entirety for married couples, Virginia does not have very debtor friendly exemptions for real property. If you have a free and clear house that is not Tenants by the Entirety, then it may just be a huge target for a creditor. Before you attempt to shield assets from creditors, particularly real estate, you should consult with local counsel. The laws regarding this will vary widely from state to state.

One of the most frustrating situations I face as a bankruptcy lawyer is when I see a deserving debtor not be able to qualify for either a Chapter 7 bankruptcy or a Chapter 13 bankruptcy because they have too much equity. Particularly with the elderly, we see debtors with so much equity in their house that they cannot file a Chapter 7, but they don’t have enough monthly income to qualify for a Chapter 13. If an elderly person has a very small income like social security, but a lot of home equity, sometimes I will advise them to consider a reverse mortgage instead of bankruptcy.

Given that scenario, I would not advise you to pay off your house at the expense of not paying your other debts. If you have a significant amount of debt but also have some assets, consult with a lawyer before you decide to pay off an asset rather than paying off an unsecured debt. Generally speaking, you do not want to have a paid off house and a bunch of credit card debt because the credit card debt, if defaulted on, could easily become liens against your house. Also, the paid off house could be a problem in a future bankruptcy.

If you are contemplating bankruptcy, before you pay off an asset like a house or car, schedule an appointment with one of the lawyers at John W. Lee, P.C. We can help you determine if paying off a house, pulling equity out of a house, or borrowing against a retirement plan makes sense, or if it will just cause more problems.