So, You Want to Open a Marijuana Dispensary in Virginia? 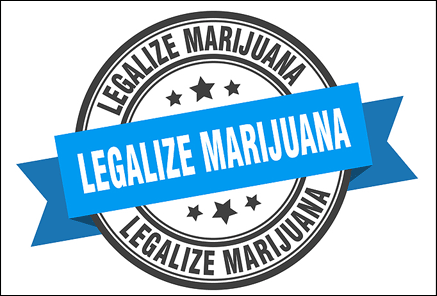 By 1930 most states had criminalized the possession of marijuana. In 1970 the federal government outlawed all cannabis use. Nearly 100 years later, in 2020, the Virginia Assembly essentially decriminalized the personal use of marijuana by reducing the penalty to a mere $25.00 fine. Now, there is talk, on both a State and Federal level, of completely decriminalizing the possession of marijuana. But we may have to wait another year or two to see if that happens.

A. It is unlawful for any person knowingly or intentionally to possess marijuana unless the substance was obtained directly from, or pursuant to, a valid prescription…

Upon the prosecution of a person for violation of this section, ownership or occupancy of the premises or vehicle upon or in which marijuana was found shall not create a presumption that such person either knowingly or intentionally possessed such marijuana.

But, before you decide to lite up that doobie and grab a bag of chips, remember that possession of marijuana is still a federal crime for which you could get one year in prison and a thousand dollar fine for a first offense.

Also, because possession of marijuana is still a federal crime, businesses that grow and sell marijuana are having a difficult time securing access to banking and loans. Banks are federally regulated, and they are concerned that they may be in violation of federal law if they knowingly accept drug money from a customer.

Therefore, for now, most marijuana dispensaries rely heavily on cash sales. The fact that most of their transactions are in cash, as opposed to debit or credit cards, make them a greater target of robbery and theft.

There is some evidence that a small number of marijuana stores are now accepting crypto currencies, like bitcoin. However, so far, the crypto currencies have not become popular among those that sell marijuana.

There is talk in Washington of passing legislation that would make it less risky for banks to open accounts and accept money from marijuana dispensaries. Perhaps in this next legislative session we will see some movement on that front.

House Resolution 1595, “Secure and Fair Enforcement banking Act of 2019” or the “SAFE Banking Act of 2019” would allow for banks to do business with a “cannabis-related legitimate business.” This bill has not yet been signed into law.  I believe that over the next few years we will see legislation on both a state and federal level that will continue to deregulate, if not completely decriminalize, the use and possession of marijuana.