Jurisdiction over Child Custody and/or Visitation in Virginia 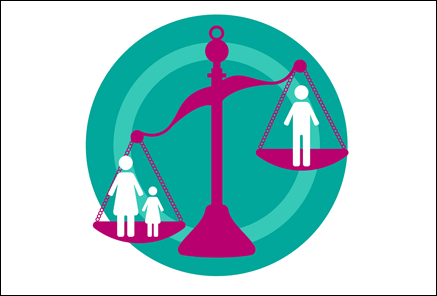 “Does Virginia have jurisdiction over my custody and/or visitation matter?” The answer to this question is largely determined by the existence, or lack of, a prior Virginia custody/visitation order.

When there is NO Prior Custody/Visitation Order

If both parents and the child have always lived in Virginia, then it is an easy question. Virginia has sole jurisdiction. When one of the parties or children lives, or has recently lived, in another state, then the court needs to review both the Code of Virginia § 20-146.12 and the Virginia UCCJEA. The Supreme Court of Virginia said it best in Middleton V. Middleton, 227 VA. 82, 314 S.E.2d 362 (Va. 1984) when it noted that the UCCJEA:

was enacted to avoid jurisdictional competition and conflict with courts of other states in matters of child custody; to promote cooperation with courts of other states so that a custody decree is rendered in a state which can best decide the issue in the interest of the child; to assure that litigation over the custody of a child ordinarily occurs in the state that is most closely connected with the child and his family and where significant evidence concerning his care, protection, training, and personal relationships is most readily available; to assure that the courts of this state decline the exercise of jurisdiction when the child and his family have a closer connection with another state….

Virginia § 20-146.12 gives Virginia courts the authority to take jurisdiction over a custody case if the child moved from Virginia less than six months ago. One may find it odd that Virginia would take jurisdiction over a custody matter if the child no longer lives in Virginia. However, “[t]he purpose behind this statutory scheme is to extend a state’s home state status throughout the six-month period it would take for another state to become the child’s new home state”. Prizzia v. Prizzia, 58 Va. App. 137. (Va. App. 2011).  Essentially, the Virginia Courts want to avoid confusion, and will take the jurisdiction to avoid a situation where no court has jurisdiction.

For all the non-attorneys that have just read this explanation, I am sure that this was as clear as mud. If you have any questions regarding jurisdiction over your possible custody/visitation case, please contact one of our many family law attorneys at John W. Lee, P.C.

When there IS a Prior Custody/Visitation Order

For a Virginia Court to order child support it must have personal jurisdiction over both parents, as determined by Virginia’s Uniform Interstate Family Support Act, or UIFSA. This law notes many ways Virginia can take jurisdiction over a parent, including but not limited to;

As a strategic point, it is generally a good idea to get custody of the child and support taken care of at the same time. If you file for support and scare away an out of state party, then they will not fight you on custody allowing the court to grant you sole legal and physical custody. At that point, you are free to file out of state where the other parent lives to pursue support in the other state.

It is also important to note that once a court has jurisdiction over child support, it will keep continuing exclusive jurisdiction until both parents and the child leave the state. This means that modification will need to be done in the state that the order was entered. Even if the parents and the child have left Virginia, the court will still have the continuing jurisdiction to enforce the order, despite not having the authority to modify the order. Nordstrom v. Nordstrom, 50 Va. App. 257 (Va. App. 2007). However, enforcement can be done anywhere the paying party lives.